i3 International is pleased to announce the release of SRX-Pro v7.0. Building on the success and reliability of SRX-Pro v6.0, SRX-Pro v7.0 introduces intuitive and simplified approach to system configuration.

SRX-Pro v7.0 package consists of the new i3 Pro Setup Web Client for all setup configurations, Video Pilot Client for all Live, Search and Backup video functionality, SRX-Pro and Web run-as-a-service applications that run in the background, and an SRX-Pro Monitor utility that allows for quick navigation between the platforms.

SRX-Pro v7.0 is fully integrated with i3’s Ai Server that delivers highly accurate Ai-driven human and object detection as well as i3’s unique Queue Time analysis solution. The higher-accuracy i3Ai features as well as legacy Video Analytics features (such as Heatmap, iSearch, Moves in Direction, Crosswire, etc.) are now part of the i3Ai Server package that can be combined with SRX-Pro Server or a third-party Network Video Recorder.

SRX-Pro 7.0 can be updated remotely from CMS 5.8 for easy central management of multiple sites. 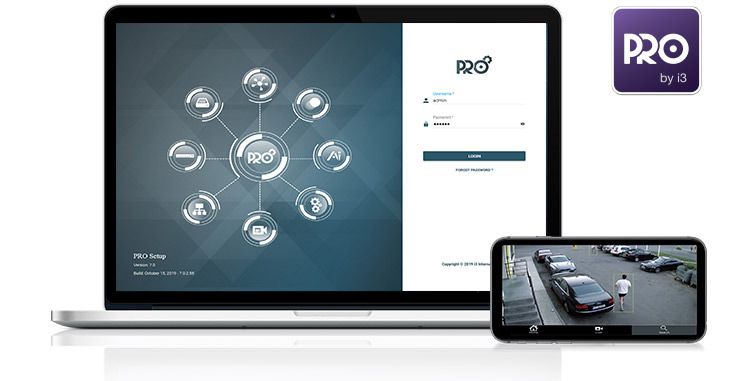 When purchasing SRX-Pro licenses for use with a non-i3 server, please reference i3’s minimum hardware requirements

For information about SRX-Pro legacy software

Connect to your local or remote PRO Server(s) to view live and recorded video or to create a video backup.

Multiple alerts including sensors, Ai (artificial intelligence) and data alerts can be custom set to alert the appropriate parties within your business.

Highly flexible and convenient setup for configuration of a local or a remote i3 SRX-Pro NVR.