EDITOR’S NOTE: Mike Limauro is the former vice president of asset protection for Weis Markets, where he was responsible for loss prevention, safety, risk management, insurance, food safety, and quality control for 5 years. Limauro has held a number of LP positions with companies such as Neiman Marcus, Lord & Taylor, Kmart, and Supervalu. He was also the owner of an Allstate insurance agency for several years. Limauro serves on the Asset Protection Council of the Food Marketing Institute, is a member of the editorial board for Integrated Solutions for Retailers and chairs the Requirements and Exceptions Committee for the Loss Prevention Foundation. 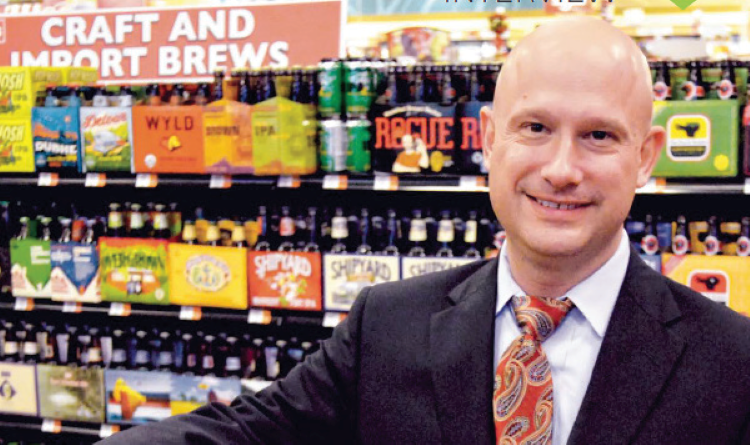 EDITOR: When it comes to technology, what direction have you taken Weis?

LIMAURO: Our department loves technology and innovation, but we always make sure that our culture comes first. We want to ensure the technology is right for our company and that it will actually get used to generate an ROI. We also challenged every strategy and every bit of technology from the past to make sure that it’s still relevant in today’s environment.

We’ve revamped our CCTV strategy completely. When I arrived, our CCTV systems were used exclusively to catch bad guys. We said, “We need to design a system that also focuses on elements of workers’ comp, safety, and public liability.” We did that, but we still weren’t content.

CCTV is a huge investment. Why wouldn’t I make the system beneficial to our merchants and operators—to everybody that will find value in using it. When you add analytics to the cameras, you open the doors to a lot of new uses for your operations and merchandising counterparts. The possibilities are endless.

Another thing we’re doing from an analytics standpoint is looking at our in-stock position. Our cameras are telling us that, for example, a soda vendor is out of stock in store X. What’s that worth to the soda vendor? If I can instantly notify them every time their product is out-of-stock on my shelf, that’s got to be worth something to them. In addition, it’s worth a lot to us because as long as there’s no product on that shelf, we’re losing sales.

Another thing that we’re experimenting with is using our cameras to keep count of the number of people in the store. What happens at any retailer today when the checkout lines back up? Somebody will call “code 2 to the front end,” or “all hands on deck.” But at that point it’s too late. What our cameras will do is tell the store manager that X number of people just came through the door, therefore your checkouts are going to start to get busy in the next 15 minutes, so you should open two registers ahead of time to be ready. Combined with conversion rate and some additional calculations, we will be able to tell how many registers a specific store should have open at any given time. Some of these projects are in an experimental phase right now be-cause we’re kind of making it up as we go along with help from our video partners i3 International and Trans Alarm. But this creates so much potential for us to embed asset protection into other areas of the company.

EDITOR: How do you do that?

LIMAURO: When I came to Weis this was very much a bad-guy-focused department. I think there are still companies out there that are focused primarily on malicious activity given this industry evolved from a private policing concept. The progressive folks out there to-day, however, are looking at total loss. They want to get involved with anything that can cause a loss to the company, and that’s where workers’ comp, public liability, safety, and all of our other disciplines come in. But what we’re trying to do is to take that to the next level - what I mentioned earlier, The Profit Hub. What that means to us is that instead of trying to just protect the company’s profits, we’re trying to amplify them. And there’s a big difference.

Because of this approach, we’re now able to add economic value to every other department in the company, whether it’s merchandising, pricing, operations, or the front end. They’re coming to us for things that are under their area of responsibility, things they are the expert on, but they’re coming to us for help. Part of that transformation has occurred because we’ve started to use technology in a different way. When we buy technology, we want everybody to benefit from it.

For example, data mining drove our transition into The Profit Hub concept. I have merchants come to me and ask, “How can I make more money by adjusting my shelf space allocation?” Now you might ask, “How does that tie into loss prevention?” Well, it’s easy because our data-mining tool is telling us exactly which products should be pulled and which products should be added based on sell-through and profitability.

This is a way for asset protection to say, “We can help increase sales and profit in a literal sense.” For example, we can identify our top-selling products that all of a sudden have a sharp sales decline over a 13-week period in a single store. We then get in touch with that store to find out why. We often find out that the store was producing the wrong product or neglecting to replenish. From there, we can help them adjust.

Another example is that we monitor all items shipped to our stores and not sold after a specific period of time, compared to other stores in the same geographic area who are selling the product. This has enabled us to identify merchandise that was left in the back room or displayed in the wrong place. To be able to go to our senior executives and say, “We can help you with sales,” is just an awesome thing. And we’re doing it through LP technology.

EDITOR: Are you telling me, Mike, that there’s more to this business than just chasing ORC problems?

LIMAURO: ORC exists and we address it. It’s a given. However, there’s just so much more to talk about when you think of all the other important things we can do to make a substantial impact and help our business thrive. We have buyers coming to us and saying, “Can you tell me when my product was most profitable?” “Can you help me identify which items should be removed from a particular set in a specific store?” We are able to do all of this by using traditional LP tools in a different way.

EDITOR: Do you have another example?

LIMAURO: Your typical data-mining solution uses data from the POS, right? And typically, in a company maybe five or ten people have access to the data-mining solution, which is often used to detect theft on the front end. They build exception-based reports to catch bad guys. Sometimes they use it for front-end training. What we did is say, “Why not add inventory data to that? Why not add in-voicing, billing, shipping, and receiving data to that?” Now all of a sudden, those exceptions turned into these giant, crisp pictures. And the depth of that potential is basically limited by only your imagination. Because of this versatility and the efficiency of prescriptive analytics, we have about 600 associates using our software through-out the company. And they are all using it for something different.

EDITOR: As your ability to analyze various data has gotten better, has that caused employee theft investigations and apprehensions to go up or down?

LIMAURO: Dramatically up. We’re at the point now where we’re doing a lot of things to prevent people from stealing rather than just continuing to catch them. But yes, when we started using pre-scribed analytics, it was kind of an explosion of productivity. For new associate orientations, we’re about to start exposing a lot of the AP tools we have to new hires. We’re going to show them our hand in the hopes that they understand there’s a great probability that eventually they will get caught and, hopefully, prevent them from ever trying anything malicious. There has been e-learning and e-orientations for a while.