Vallarta Supermarkets, a family-owned grocery chain focused on serving Hispanic communities in California, has grown exponentially since it was founded in 1985. The Gonzalez family now owns 49 locations and is planning to add locations at a rate of 3 per year, in order to positively impact 100 communities by 2030. We caught up with Richard Gutierrez, Corporate Security & Asset Protection at Vallarta Supermarkets and Tom Knowlden, Sr. Project Manager at i3 International to talk about video surveillance, store design and partnership. 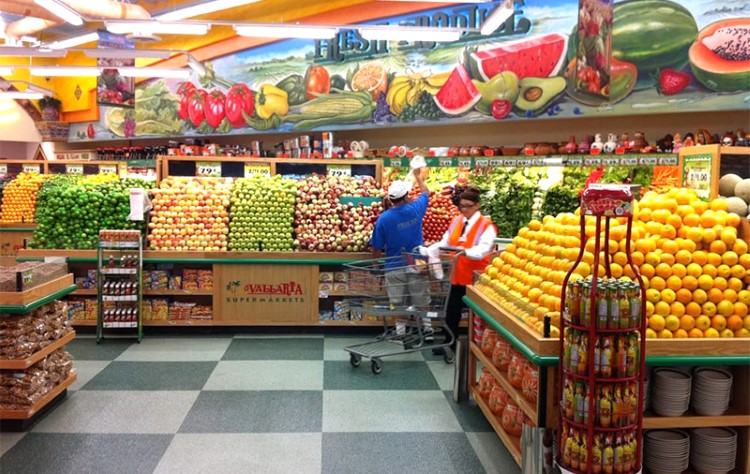 How long has i3 been partnering with Vallarta Supermarkets?

Tom Knowlden: When I first joined i3 International as a Sr. Project Manager, in 2009, Vallarta Supermarkets was one of my first accounts and I have been supporting and partnering with them ever since.

What type of video surveillance system is typically installed at Vallarta Supermarkets?

Richard Gutierrez: We go with a similar layout for all of our locations. We install two enterprise - grade servers, a total of sixty-four cameras and get text overlay. We install IP cameras because we get the best image clarity which is an important factor to us. We have been coming back to i3 for so long mainly for the fact that the image is so clear, the systems are really good and easy to use.

Tom Knowlden: I think the fact that our systems are reliable must also be a factor. As we speak, we have servers that are 8 years-old and still running like new.

How do you use your video surveillance equipment? Do you have a dedicated team that reviews video footage?

Richard Gutierrez: We have a lean team and operate without a control center. This is why it is so important to us to have access to a clear image; once we catch a shoplifter or a repeat offender, we want to be able to report this issue to the police department and prosecute offenders right away. With clear images admissible in court, there is no debate when it comes time to report the file and take measures against the individual, and my team can quickly move on to something else.

We also use the system to enforce compliance at the front-end and throughout the store, assess risks, complete investigations related to liability, worker’s comp claims and theft.

How did you come across i3’s video surveillance products?

Richard Gutierrez: We were introduced to i3 by Ray Vasquez who is our integrator and who was impressed with the quality and ease-of-use of the systems.

Your stores look great and it is apparent that the visual merchandising team pays great attention to detail. In that context, how does the Asset Protection team design their camera layout?

Tom Knowlden: The stores are absolutely beautiful and in mint condition. Everything is well thought-out and all about the customer's experience. During one of my visits, I saw a camera installed underneath a palm tree at the front-end, passing for a coconut. Smart way of camouflaging your security equipment!

Richard Gutierrez: Well thank you. In existing locations where we are upgrading our systems, we work with the environment and blend in as much as possible. For new locations, we work very closely with the setup and layout teams. Visual layout being so important, we have needed from time to time, to move a camera or two to accommodate signs and fixtures.

In conclusion, would you recommend i3 to a peer?

Richard Gutierrez: I would recommend i3 for the quality of its products and the service I have received from them ever since we have partnered with them. Tom Knowlden in particular has always offered consistent support and training and we know we can count on him.