A lady comes in after New Year's and has her tires rotated. Around mid-March she returns with problems, but the team swears they've followed the service checklist. She's unhappy with the he said/she said scenario — and may be you've lost a customer. 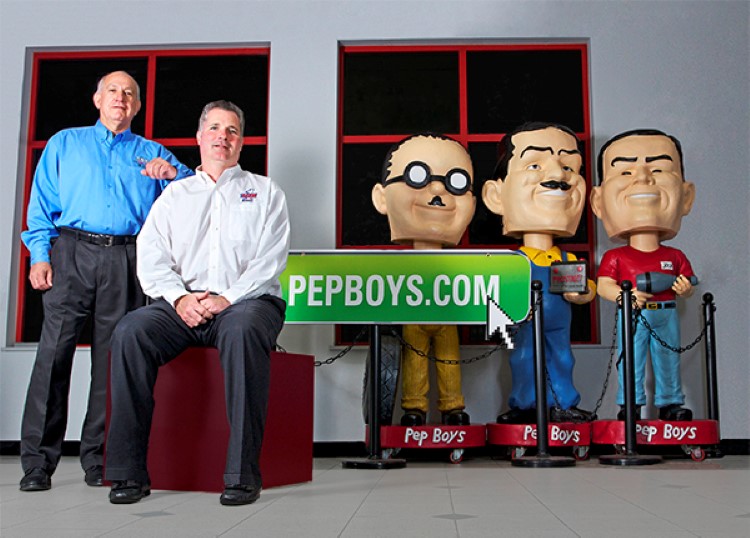 That’s the kind of situation Jack Legorreta, director of asset protection at Pep Boys, doesn't like to see his company facing. Legorreta is in charge of monitoring and minimizing, internal/external shrinkage, auditing functions, and risk management functions at Pep Boys, an automotive retail supply and service chain with 582 stores throughout the United States and Puerto Rico. With over 87% of U.S. households owning a car, and with new car sales down more than 10%, it’s no wonder outlets like Pep Boys, offering DIY resources and options, for maintaining your car longer, are popular.

From VHS To Digital

At the end of 2008, Pep Boys security, involved cameras taping onto VHS systems in perhaps 30 high-risk stores. It wasn't particularly efficient. Among the hassles: 24/7 coverage was impossible unless staff was there to change videos. Tapes, were reused, so there'd be no way to view the January lady's service operation in March.

So in March 2009, Legorreta sought a different solution. His answer, Vector Security and the i3 DVR based monitoring system. "we settled on Vector after an extensive search. I ordered setups in 100 of our outlets that were among the company’s highest in shrinkage rates," he says.

Originally, Legorreta budgeted for 13 to 15 cameras, plus an i3 DVR (which stores 1Tb of data) and a public view monitor per outlet. Vector has worked with Legoretta's team to customize packages based on an individual store's specific needs. "The i3 DVR offers much greater clarity than VHS and it is easy to maneuver throughout the systems, to search, and to program the information our stores need," Legorreta says. “Thanks to storage capabilities, a reviewer can select to see exactly what happened on February 1 in an outlet at 6:24 pm." That’s helpful in training, in court cases, when alarms have gone off. The specificity offers numerous benefits.

"If you have top-notch technology; but no one knows how to use it, what good is it?" asks Legoretta. Vector's attitude towards training helped win the job, and they provided Pep Boys with three levels. Upper managers initially received tryouts at an annual meeting. As each system is installed at an outlet (a two-to-three-day process), a certified Vector tech trains the on-site managers. “They go through processes with them, show them how to save data, and so on. Managers have to sign off that they've been through this training”, Legorreta, says. Finally, he and the Vector group up worked to develop a reference guide, which is now available for quick referral via the company intranet.

"Initially, the cameras were only in the internal and external service bays. Now we have cameras in other areas. In retail, for example, they're on the sales floors as a shoplifting deterrent, and at points of transaction," he says. The company president was so impressed, the system was being installed in the corporate HQ as we spoke.

Today, a manager who’s been away for a week can come in and review what’s been happening. Or consider the scenario of the lady unhappy after her tire rotation. "Maybe the team thought they followed their checklist, but now we can access that January event and see a step (or two) that wasn't taken," explains Legorreta. Such feedback enhances employee compliance and offers opportunities to increase customer satisfaction.

Legorreta continues to be impressed with Vector’s service. “We had one area where we kept losing data. Neither our team nor Vector could find the problem, so they shipped the unit to the i3 test lab. They identified the problem almost immediately and figured out which units were susceptible (fortunately only a handful), and it was corrected," he says.

Live feed is also catching on. “All the units are capable of remote viewing, and we now have live feed in 25% of the stores. So for a manager who’s at home sick - or someone in the corporate office - could be viewing live through a password-protected system," says Legoretta. "The biggest challenge is with the cable providers — they can't do the install fast enough".

One of the biggest threats for the erosion of ROI in video surveillance systems is the down time due to equipment breakdown and replacement delays. Down time creates lapses in video recording and can result in losing valuable management or even critical case/prosecution information. Pep Boys minimized this from occurring by developing a comprehensive video health maintenance program with Vector Security. The program includes a virtual video inventory program that allows Pep Boys to have important components replaced almost immediately.

The system has proven so easy to use and so beneficial (with a shrinkage reduction exceeding the industry 2% of sales average), that by the time ISMR spoke with Legoretta in March of 2010, the number of Vector systems had expanded from the initial 100 outlets to 400 and from 15 to 25 cameras per store.

"It's not just a theft deterrent; there's the operational advantage. We can say to our managers, “look what you can do to monitor what's actually happening in your outlet. Are you truly providing the ultimate in quality that you want?” Legoretta concludes.