One billion dollar Mark's uncovered half a million dollars in fraud and increased prosecutions with an integrated exception reporting package. 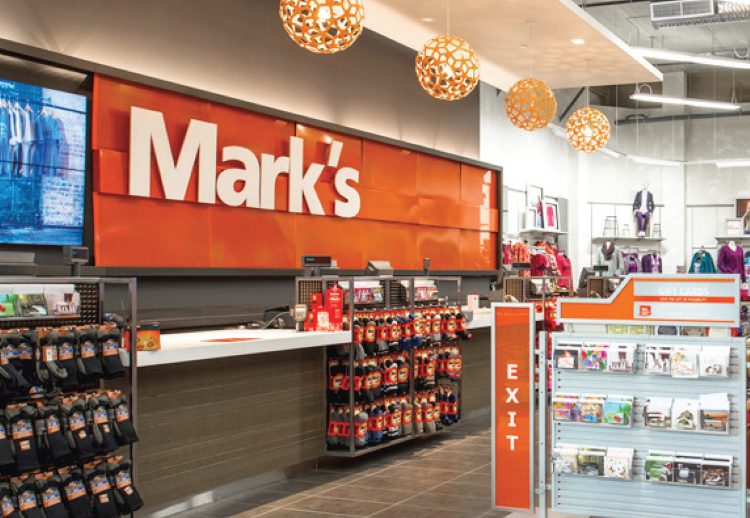 For its first 33 years in business, asset protection simply wasn't a priority at Mark's. The Canadian apparel retailer had, no software tools dedicated to theft or fraud investigation, only a couple of employees in the sales audit department who looked for credit and debit transaction anomalies. "If those employees stumbled upon an overt case of employee fraud, the offender was simply fired. There was no formality to fraud prevention, investigation, or prosecution," says Andy Buchanan, associate VP of asset protection at Mark's. While many of the chain's 400 stores were outfitted with surveillance cameras, the $1 billion retailer lacked consistency in its video infrastructure. Some stores had one or two cameras, others had eight or ten, and they ran on as many as 40 different systems across the enterprise.

With big-brand asset protection experience at Home Depot, Buchanan was hired as part of a large-scale asset control initiative at Mark's. Buchanan immediately put together an asset protection team of six regional managers and two dedicated investigators and went about researching an exception reporting package. The team landed on the EliteLP reporting and analytics package from Aspect Loss Prevention. "We had chosen i3 International for CCTV, and Aspect had an existing interface to that platform," says Buchanan. "Aspect was also a good fit with our family business culture. We have more 25 and 30 year employees than I've ever seen in retail, and the personal service we received from Aspect played well here."

The interface with the new i3 International platform at Mark's expedites investigations in stores where the two systems are working congruently. Currently, i3 International is deployed in more than 20% of Mark’s stores, with a multiyear rollout schedule in progress. The integration allows users to identify a transaction in the Aspect system and, within the same screen, click on the i3 International application. The CCTV platform automatically isolates the transaction and calls up the corresponding video clip, allowing investigators to quickly determine whether the exceptional transaction is a training issue, an honest mistake, a system’s issue, or fraudulent in nature. "Systems like this are not so much identifying crime as they are identifying outliers," says Buchanan. "If it's criminal in nature, we now deal with it by building a case and prosecuting. If it's a strait training issue, we see it as a great opportunity to get better and save money. If it's systemic, we address it immediately with the systems provider."

Focus On The "Big Fish"

Buchanan sees the new plan at Mark's as a boon to its battle against ORC (organized retail crime). "When people think about store security and asset protection, there's this notion that the effort is to stop shoplifting. The 14-year-old taking a pair of sunglasses is an annoyance, but that's not what causes sleepless nights. Coordinated efforts by five or six career criminals hitting us for a couple hundred thousand dollars in losses across the country is what must be stopped," he says. ORC is a concern for retailers in Canada, where retail theft laws are Iax in comparison to the United States. "In the states, ORC offenders are subject to 10 to 15 years in prison. When they are caught in Canada, they're most likely prosecuted for one offense in one jurisdiction, resulting in little or no jail time," he says. Its new asset protection initiative is helping Mark's focus on large-scale roving criminals and connecting the dots between their activity, resulting in the ability to achieve multiple prosecutions.

Buchanan says the Aspect implementation paid for itself in slightly more than 12 months. In fact, on the first day of training on the new Aspect system, reports uncovered an $8,000 fraudulent transaction case that had been building over the year. "With clear and concise analytics and reports, we can now write a narrative from our case files that results in prosecution. With the old system, we once identified the loss of $2,000 at the hands of an ex-employee. When confronted, he admitted to taking more than $10,000 and offered to pay it back. But because we had no means of proving we lost it in the first place, we chose to accept remuneration in place of prosecution." In the past 12 months alone, Mark's attributed $475,000 in cases to Aspect and its integration with i3 International.

For More Information on Aspect Loss Prevention go to: www.aspectIp.com